On the morning of November 15, 2021, the Thematic Events of "Sister City Cooperation for a Shared Future"--Kandy-Qingdao Online Dialogue on Friendly Cooperation was held at Qingdao Municipal Conference Center. Zhao Haozhi, Vice Secretary of the CPC Qingdao Committee, Mayor of Qingdao attended and delivered a speech. Qingdao and Kandy of Sri Lanka signed the agreement on establishing a friendly cooperative cities relationship. 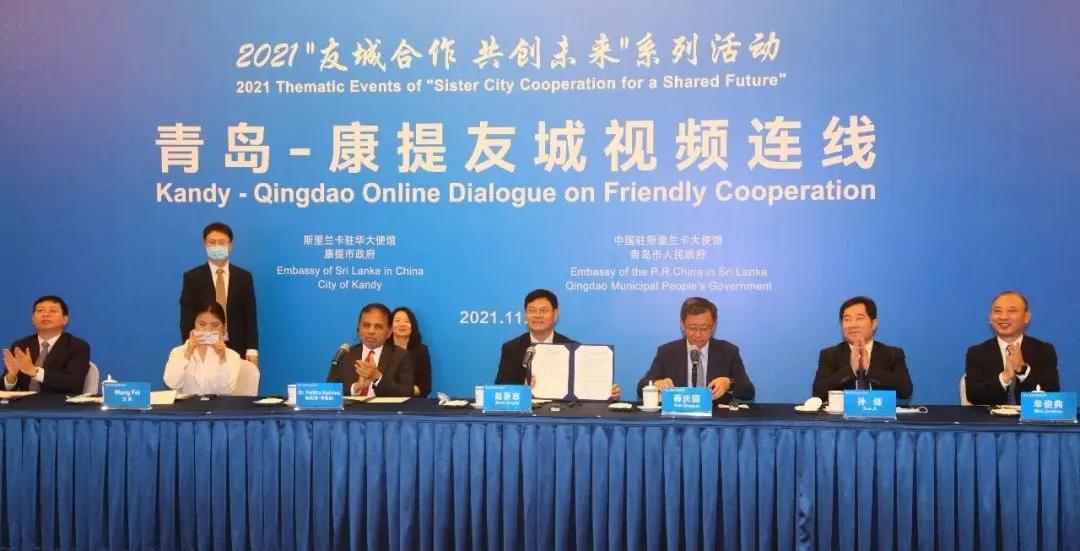 Zhao Haozhi said in his speech that he hoped the two sides could fully leverage the platform for exchange and cooperation, enhance two-way investment and trade, and deepen cultural and tourism cooperation. We welcome the companies from Kandy to exhibit their products, promote their projects, and carry out trade negotiations and investment in Qingdao. And we will continue to encourage more companies from Qingdao to go to Kandy for cooperation. Meanwhile, we should further promote the friendly exchanges between the two governments and peoples, and enhance the people-to-people ties. We hope the future exchanges and cooperation between the two cities could yield fruitful results and benefit the people.

During the event, Kandy and Qingdao promoted their cities respectively.

It was introduced that, up till now, Qingdao has become the sister city or friendly cooperative city with 82 cities from 44 countries, including 10 friendly cities from SCO countries. Qingdao has given full play to the important role of friendly cities in serving the local socio-economic development, built a high-end platform for international cooperation and exchange, continuously improved its competitiveness in the world urban system, and expanded its international recognition and influence.