On the morning of August 9, the Leading Group for Promoting the Implementation of SCO Demonstration Area convened a meeting. The meeting themed on thoroughly implementing the important instructions of General Secretary Xi Jinping on building the SCODA, conveyed and studied the principles of the meeting of the provincial leading group for building the SCODA, studied and deployed the future works. Zhao Haozhi, Vice Secretary of the CPC Qingdao Committee, Mayor of Qingdao attended the meeting and made remarks. 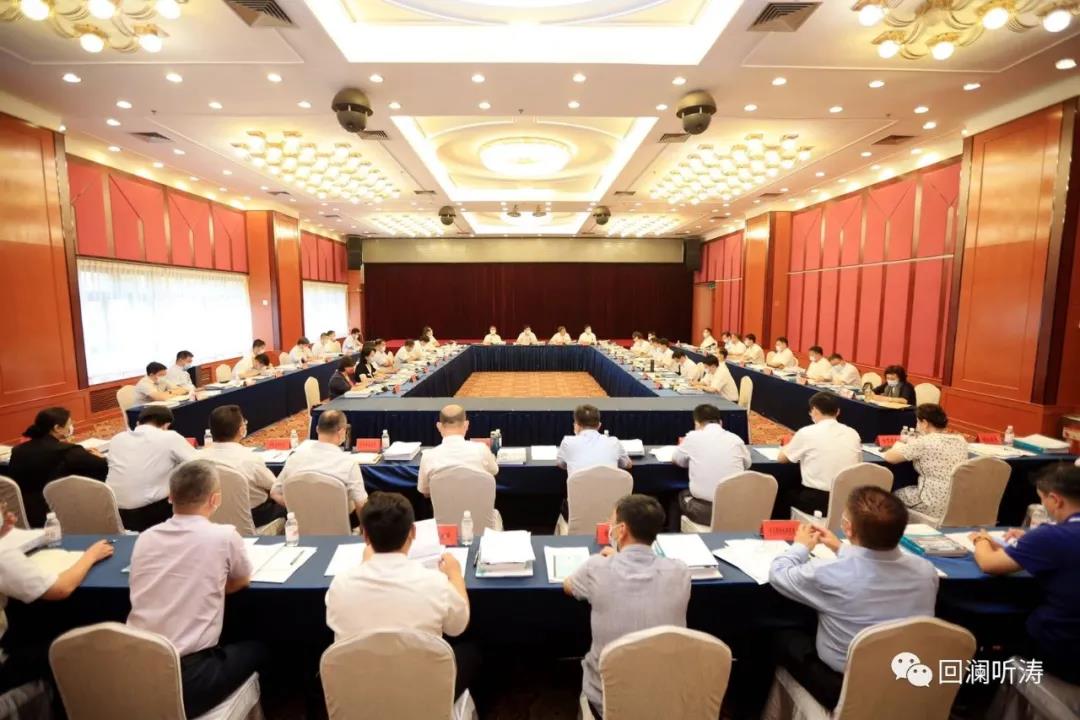 The meeting pointed out that building the SCODA was a major political task entrusted to Shandong and Qingdao by General Secretary Xi Jinping. Since the general planning for the building of the SCODA was approved, under the wise leadership of the CPC Provincial Committee and the Provincial Government, thanks to the guidance and support of the related central departments and ministries, as well as the provincial departments, all levels of the municipality made concerted efforts and secured achievements in stages for the building of the SCODA. But we should also see that currently the overall effects of the construction are not significant enough, the strides for reform and innovation are not big enough, and the coordination and synergy for work are not strong enough.  The related departments at various levels should adhere to the problem-orientated approach, make efforts to find the reasons and gaps in the mindset, work style and vigor. We should also center on the objectives and tasks of building the SCODA, accurately find the positioning and clarify responsibilities. We should collaborate with each other, pull strength to conquer the difficulties, and gather all-out efforts of the whole city to accelerate the building and development of the SCODA.

The meeting emphasized that we should take advantage of the projects, find out the matching points for cooperating with the SCO countries, attract more SCO resources and high-quality projects to aggregate at the SCODA, and continuously improve our ability and level for attracting resources. We should speed up the building of the core area of the SCODA, provide high-standard infrastructures, to create pragmatic achievements and a good image of the SCODA. We should attach great importance to the leading effect of trade, expedite the building of the modern trade center, give full play to Qingdao's potential and advantages in sea-rail multimodal transport, encourage the development of bilateral and multilateral trade with SCO countries, to create a gateway for SCO countries to access the Asia-Pacific market. We should deepen reform and innovation, adapt to the reality of development and demand of scenarios, accelerate systematic innovation, study and stipulate some critical and symbolic measures for reform, with influence and leading effect. We should strengthen international exchanges, carry out regular online economic and trade dialogues, fully leverage the platforms such as Qingdao China-SCO Countries Cooperation Hub, and Qingdao International Cooperation Hub for Central SOEs, actively promote the building of SCO (ASEAN) Economic and Trade College, and continuously deepen the path and channel for expanding international exchanges and cooperation.

The meeting emphasized that we should implement all tasks of building the SCODA well, enhance the coordination and collaboration of the provincial, municipal and district levels, and improve the synergy for work.  The related municipal departments, the Administrative Committee of the SCODA and Jiaozhou should strictly fulfill their responsibilities, work together in unison with the same purpose in mind, to vigorously deliver results. We should step up supervision and inspection, target the problems and weak links, specify responsibilities, form lists and work ledger, progress according to the work plan, to improve the work style, aim for first-class and become the pioneer, striving to make more practical breakthroughs as soon as possible.