Tech companies in the limelight at Shanghai auto expo 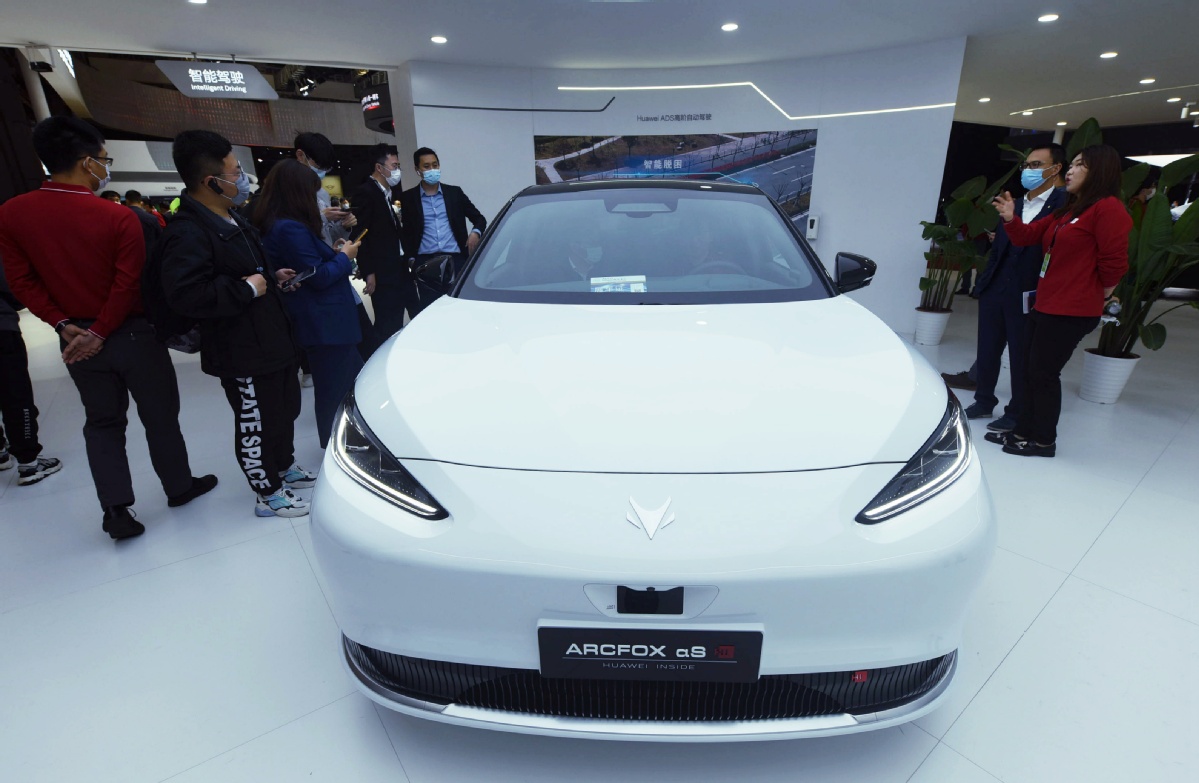 Technology companies, ranging from Huawei to Baidu, are stealing the limelight at this year's Shanghai auto show, which was until now the purview of global automakers.

The world's first-ever vehicle featuring Huawei's operating system, chips and autonomous driving solution is making its debut at the event that started on Monday. The model, called the Huawei Inside, has been made in collaboration with BAIC's Arcfox brand and will be delivered later this year.

At an event two days ahead of the auto show, a video clip showed that it can navigate itself through busy urban traffic without the help of drivers.

Wang Jun, head of Huawei's smart vehicle business unit, said the vehicle may be available at the technology company's online and brick-and-mortar stores.

Yet another model bearing Huawei's name on its tailgate will hit the road even earlier. The sport utility vehicle features Huawei's electric drive system, infotainment and audio system, and will be delivered next month, its maker Dongfeng Sokon said on Monday. Huawei said on its Sina Weibo account that it will sell the model at its sales network.

Baidu's autonomous driving unit, Apollo, is present at the auto show as an independent exhibitor, and its intelligent driving solutions are among the highlights. The company said Apollo will come preinstalled with at least one mass-produced car model each month in the second half of this year.

The tech giant aims to have Apollo's solutions preinstalled on 1 million vehicles over the next three to five years.

"Apollo will continue to increase its investment in fields such as autonomous driving and automobile intelligence," said Li Zhenyu, senior corporate vice-president of Baidu.

Drone giant DJI is also showcasing its autonomous driving solutions at the event. Baojun, a local Chinese brand, is one of the first carmakers to adopt its software and sensors, and the first model is scheduled to roll off the assembly lines later this year. A DJI representative said the company started research and development efforts in smart vehicle functions around five years ago.